Like so many old homes in this historic neighborhood in Augusta, this one has all of its windows and doors boarded. The Bethlehem neighborhood was placed on the National Register of Historic Places by the U.S. Department of the Interior. It is a historically African American neighborhood that began to take shape in the 1870s when the three primary landowners began to subdivide the property based on its location near a developing hub of commerce. Two major roads and the Central of Georgia Railroad came together in this area and spawned businesses and freight yards that made it a desirable area for workers to live in close proximity to employment.

Taken from the National Park Service's brochure on the Bethlehem Historic District:

"The district is architecturally significant for its excellent collection of historic residential, commercial, and community landmark buildings in a variety of styles—Shotgun, Folk Victorian, Colonial Revival, and Craftsman. The residential housing stock was built around the roads and railroad lines.  Most of the houses were small so that a large number could fit into a small area. Some of the later homes are larger."


Not only homes are of interest in this historic district, but there are several churches, including the Mount Zion Baptist Church as shown below. 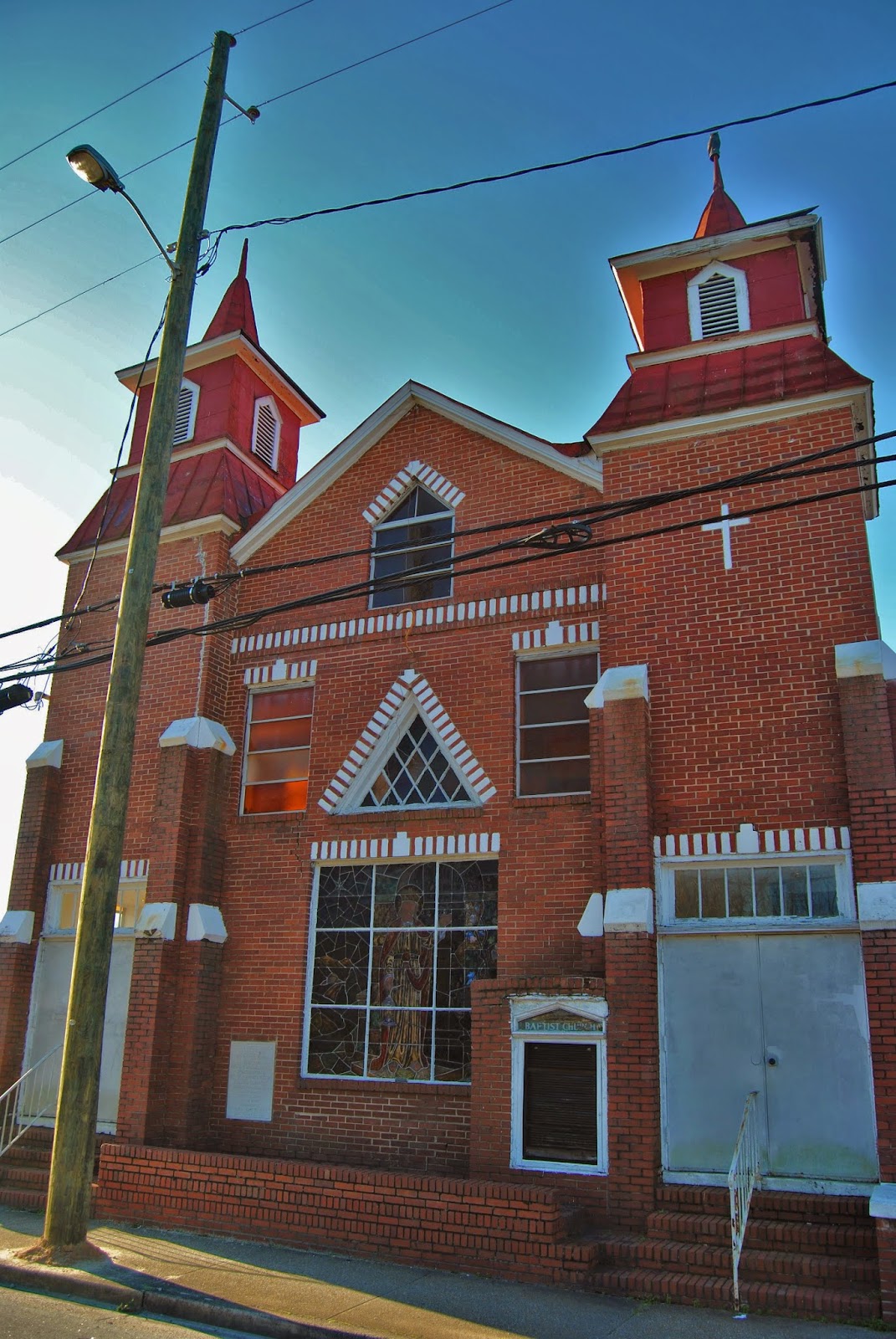 This structure has some particularly interesting features, specifically the white stonework above the triangular windows, each one with an arrow for the cap.

A big change for this neighborhood, hopefully for the better, is on the way. According to the Vison Village project overview:

"Even though the area has experienced significant blight since the early 70s, The City of Augusta has designated the Laney Walker and Historic Bethlehem Communities as urban redevelopment areas in accordance with Section 36-61-7 of Georgia’s Urban Redevelopment Law.  This designation will be a powerful tool to support significant economic development and enhanced quality of life for the citizens of these communities."

Hopefully this will include the historic preservation of those structures that can be rehabbed. Time will tell.
Posted by Bill Ringle at 2:11 AM

Bill Ringle
I am a resident of North Georgia who enjoys tackling a trail whenever I can, and is rarely without a camera. After living in Blairsville, GA for eight years, I have relocated back to the south side of the Blue Ridge Mountains in 2014. Hiking, history, and photography have been the main hobbies of my adult life, leading to the creation of these blogs. Hopefully anyone stopping by will find them informational, and just maybe, enjoyable.